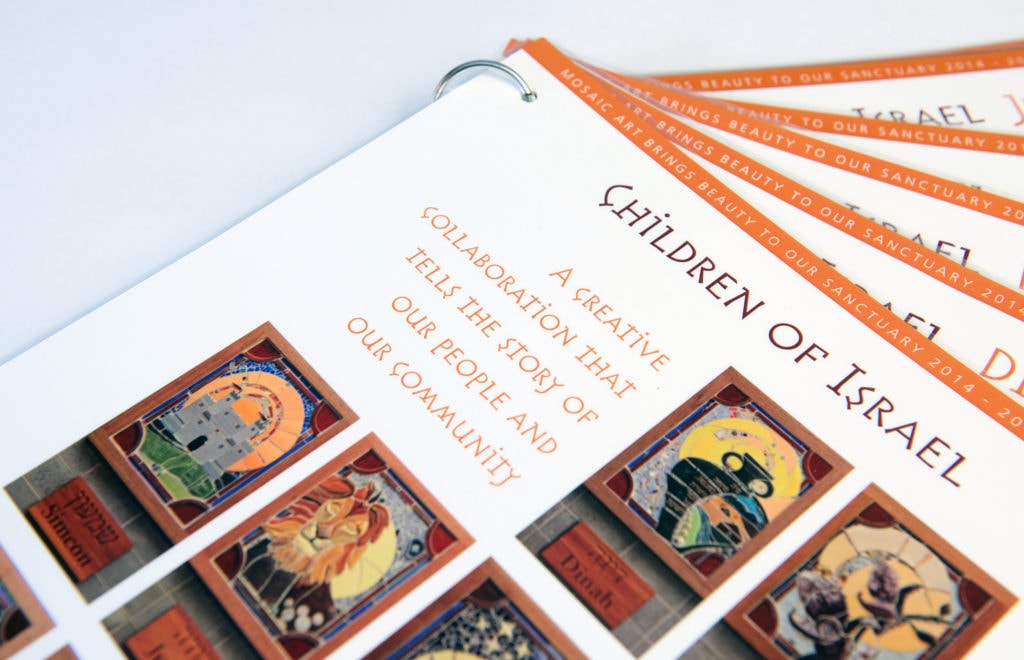 Known as The Children of Israel Collection, these mosaics were designed by artist Heather Bryson. But she did not make them herself. In a unique twist, these mosaics were assembled by congregants. They gathered in groups over a period of about 2 years to embed the elements themselves. In addition to the pieces created by Heather, each person placed their own personal mementoes into the panels. Jewelry, keys, pottery shards, and all sorts of personal memorabilia now reside on the walls. The story of each “tribe” is now also the story of the community.

It was critical to archive each and every object that went into the mosaics. The panels hang high on the walls so the details are not visible. In addition, each object has a story. So, just like in an art gallery, I created a large laminated placard for each mosaic. On the front of each placard there is a photo of the mosaic and information about the tribe/child depicted. On the back, there are photos and stories about the significance of every object. In addition, there are photos of the people who crafted each mosaic. I also designed notecards that feature the mosaics.

The project was a marvelous creative undertaking by many, many people and earned Congregation Ohev Shalom a Solomon Schechter Award from USCJ.

Watch the video that we made to see how this all came together. 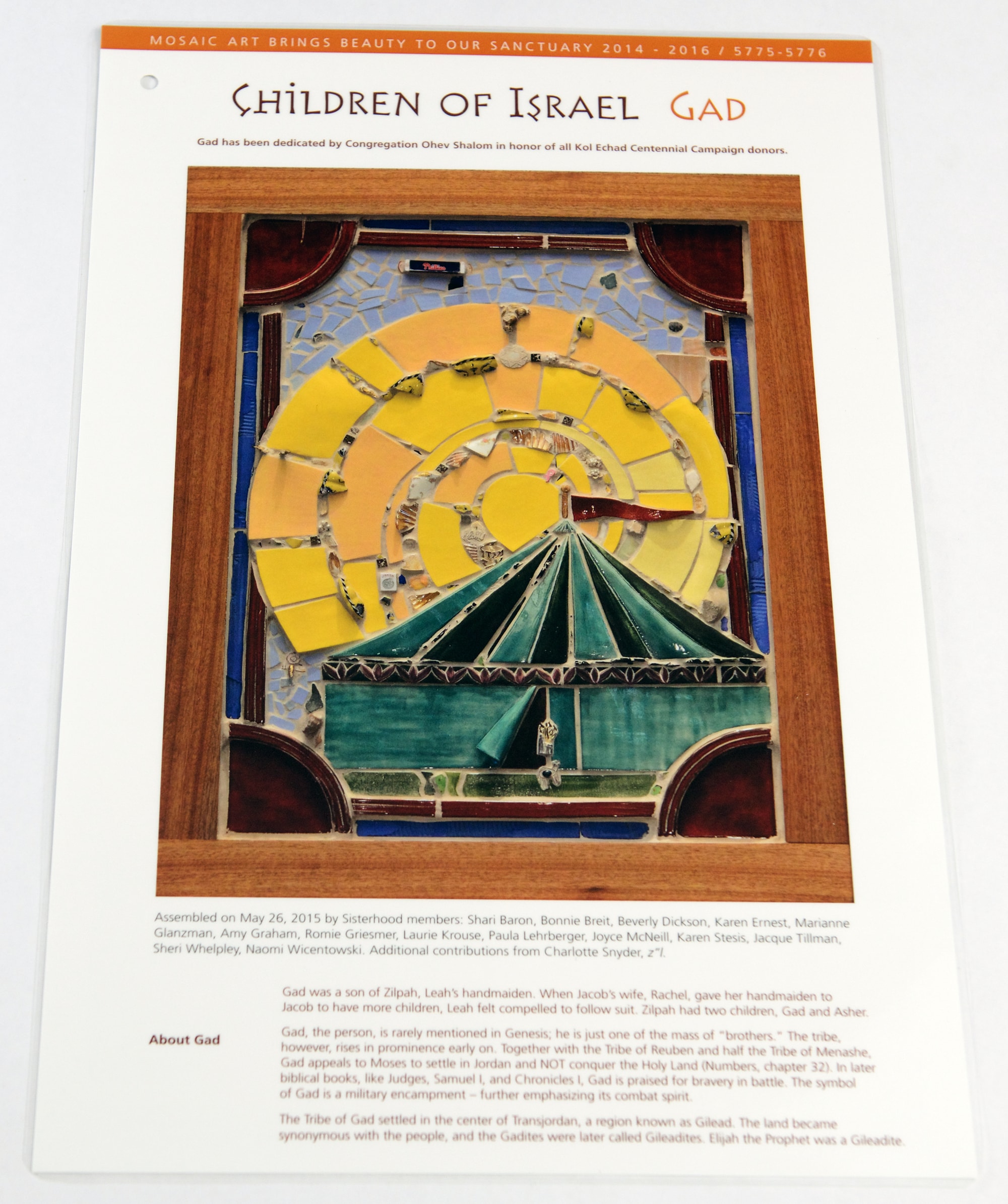 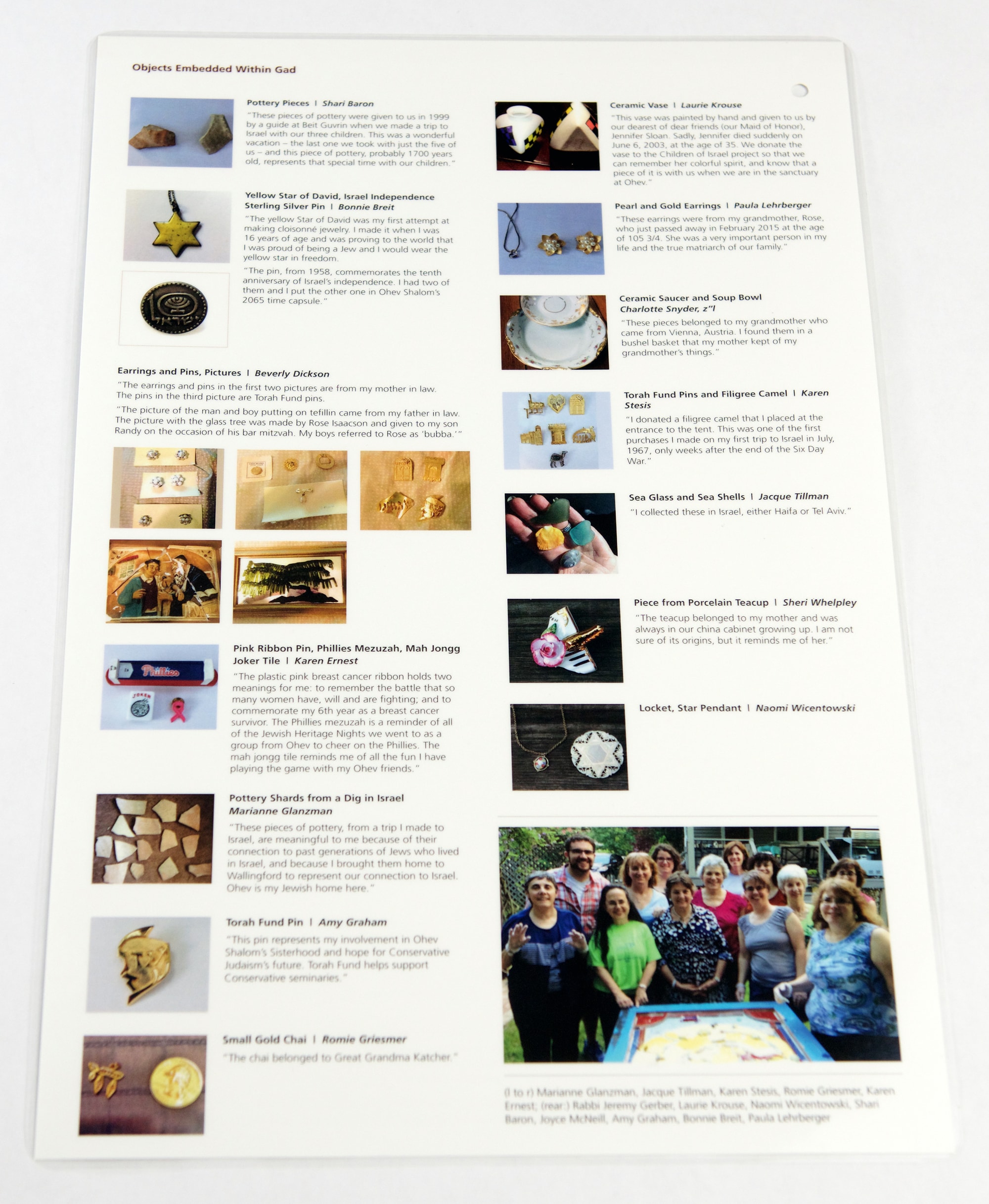 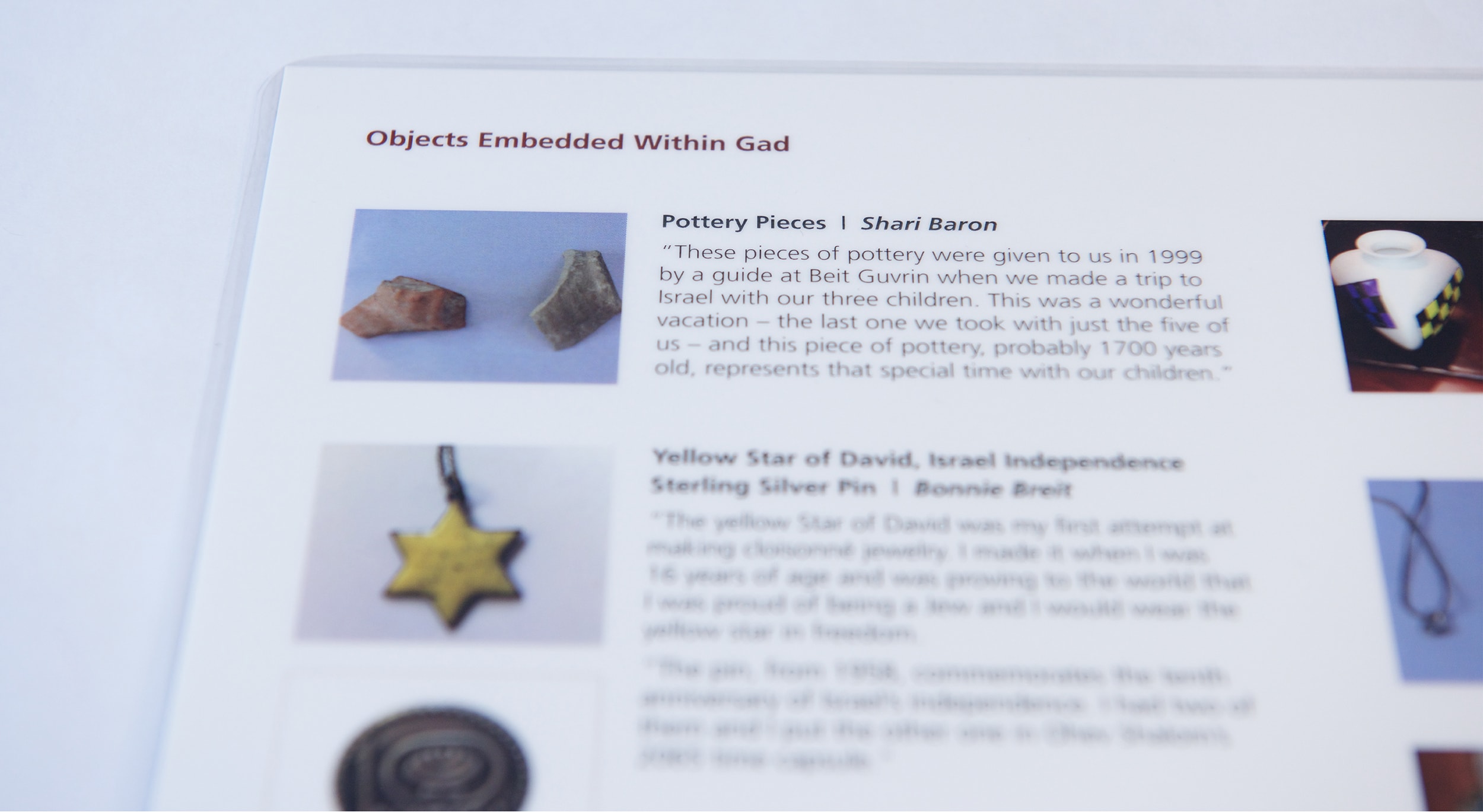 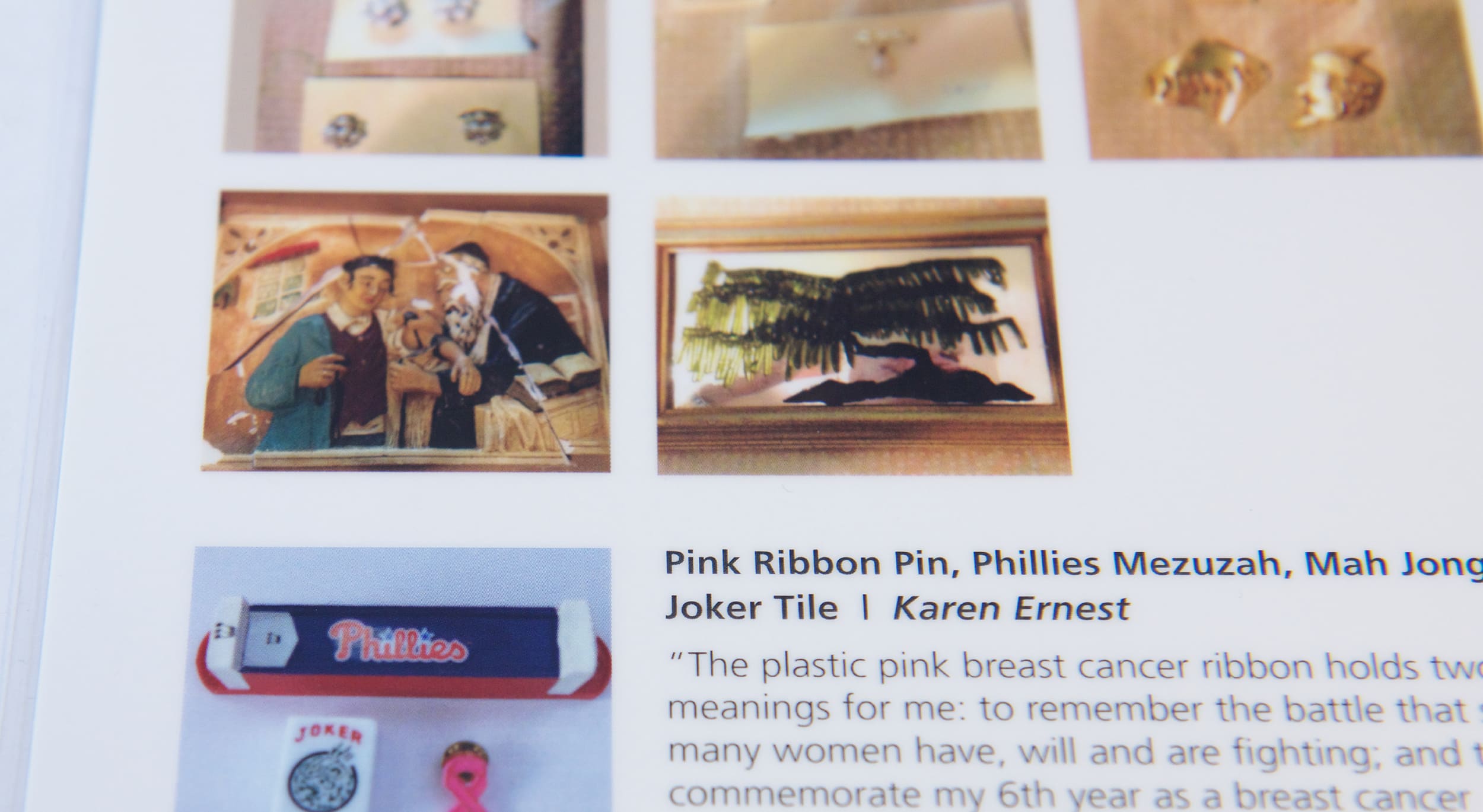 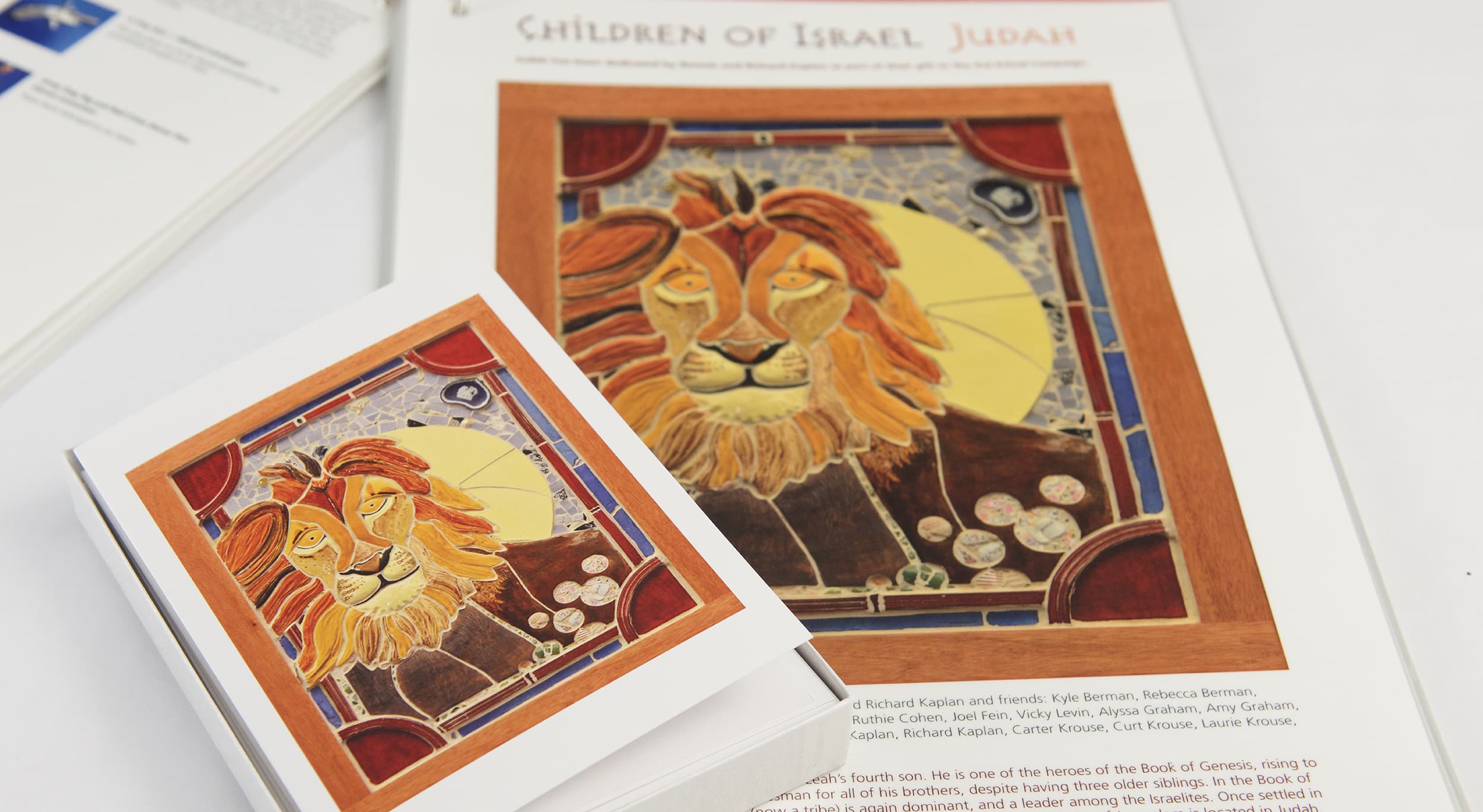